Domestic abuse includes emotional, financial, mental, spiritual, cultural, sexual and physical abuse. It mostly occurs when one partner in a romantic relationship dominates or controls the other. The abuser uses intimidation, shame, verbal threats, fear and guilt to wear the abused party down.

Over time, verbal threats escalate to physical assault; this is what is referred to as domestic violence. Domestic abuse and violence can happen to anyone, but most of the time, physical abuse happens to women.

What Should You Do If You Are Being Abused?

What type of abuse are you experiencing? Is it physical, mental, spiritual, emotional, cultural, sexual or financial abuse? All types of abuse are equally important; however, physical assault is considered among the most severe forms of abuse because it results in physical injury.

What Can You Expect?

From a domestic violence hotline number, you can expect questions related to the kind of abuse you are facing. After answering the questions, you are guided on what to do next. If you are facing physical assault, arrangements are made to get you to a safe space as investigations are carried out. Police could even be involved to prevent the abuser from carrying out any further abuse.

Your domestic violence lawyer often helps you in divorcing the abuser and in the allocation of property. If there are children, full custody is given to the spouse being abused and the abuser is expected to pay child support. Simply put, your domestic lawyer ensures you are protected from the abuser in all possible ways.

What Happens to Abusers?

Depending on your state's laws, physical abuse can lead to a felony charge. The charge goes into the abuser's record, meaning he or she might find it difficult to find work in some organisations. The abuser is also expected to vacate the marital premises. 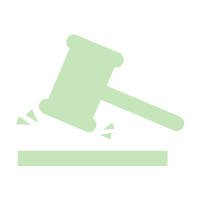 Hello! If you're aiming to learn more about the law, you have come to the right place. This site it chock-full of top info about everything you could possibly want to know about the law and legal practice. I am not a legal practitioner but I have spent a lot of time learning about international and national laws. I have also looked into the various types of attorneys who can offer you assistance if you run into legal problems. I hope you enjoy reading this blog and that it proves useful and informative. Thank you for stopping by. Please come back again soon.